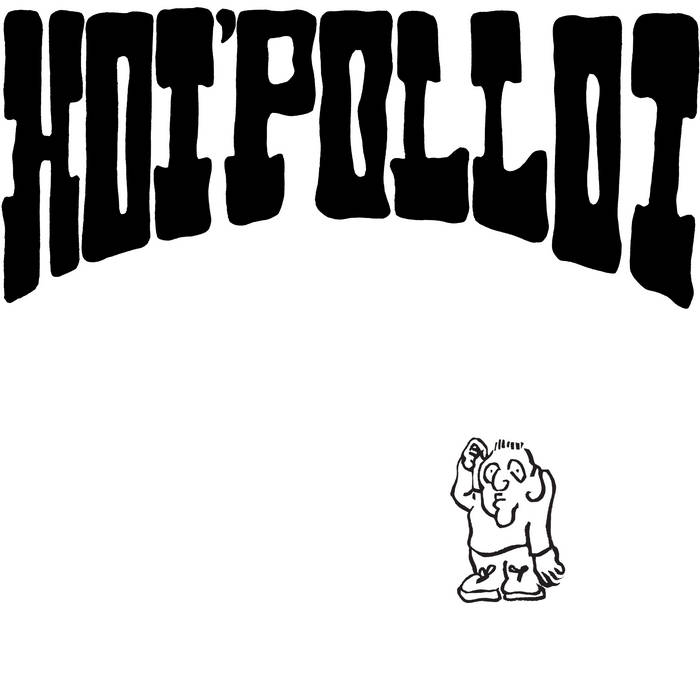 Check out Satisfaction Guaranteed (Live) on our Soundcloud page:
soundcloud.com/folkevaluation/hoi-polloi-satisfaction-guaranteed-live

Folk Evaluation and Family Vineyard proudly present the first authorized LP reissue of Richmond, Indiana's fabled Hoi' Polloi. The band's lone 1972 self-titled album, recorded over spring break at Earlham College by means of "bouncing" between two stereo tape decks, is a fantastic collection of country twangers, breathtaking singer-songwriter material, and bizarre tape cut-ups. With five songwriters in the band, what could have felt like another grab-bag student compilation instead feels like lost tapes of Emitt Rhodes hanging with Crosby, Stills, Nash and Young while Faust producer Uwe Nettlebeck makes a guest appearance in the control room.

Remastered from the original 1/4" tapes, this deluxe edition comes jam-packed with extras:

Extensive liner notes featuring Patrick 'The Lama' Lundborg's 2003 conversation with the band (expanded with newly conducted interviews by the Folk Evaluation crew), the original stereo mix of "Satisfaction Guaranteed" and a wealth of bonus material from the band members' vaults, including rare cuts from Earlham's annual student-produced "Crucible" LPs and a collection of never-before-heard live recordings.

"Here's proof that great finds are still out there awaiting us." - Aaron Milenski

"This is way beyond what you usually find on local college project albums." - Patrick Lundborg

Dedicated to preserving lost treasures of the not-too-distant past, with an emphasis on the homemade and the heartfelt.

Bandcamp Daily  your guide to the world of Bandcamp

Khruangbin and Greg Foat stop by with their amazing new LPs.